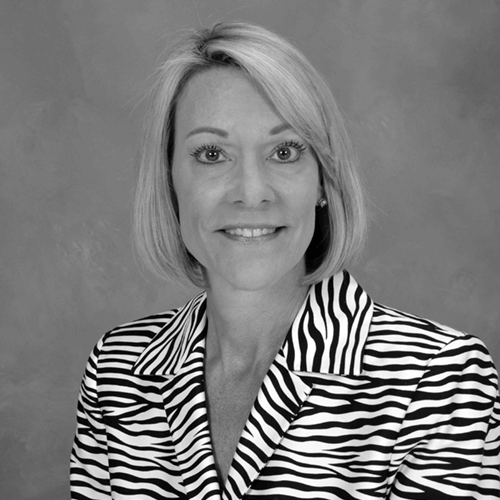 Harriet Anderson Langford is the Founder and President of The Ray and a Trustee of the Ray C. Anderson Foundation.

In 2014, Harriet secured a memorial highway designation on I-85 in memory of her late father and corporate sustainability pioneer, Ray Anderson. She quickly realized the incompatibility of “the greenest CEO’s” name on a highway – a disproportionate contributor to global carbon pollution. In righting that wrong, Harriet founded The Ray which she spearheads towards the goal of a zero carbon, zero waste, and zero death highway.

Prior to founding The Ray, Harriet spent over 30 years serving in numerous nonprofit leadership roles in her local community. She is a past board member of the Georgia Conservancy and Sustainable Atlanta and a past member of the Troup County Strategic Planning Committee. Harriet also serves on the board of the Biophilic Institute. In addition to her roles in the nonprofit world, Harriet owned a specialty printing business in her hometown of LaGrange, Georgia.

Like her father before her, Harriet feels passionately about sharing her experience and has taken the main stage at conferences like Verge and has given a TEDx talk. In 2018 Harriet received the Red Cross “Hometown Hero Award” in recognition of her lifelong efforts in her community. 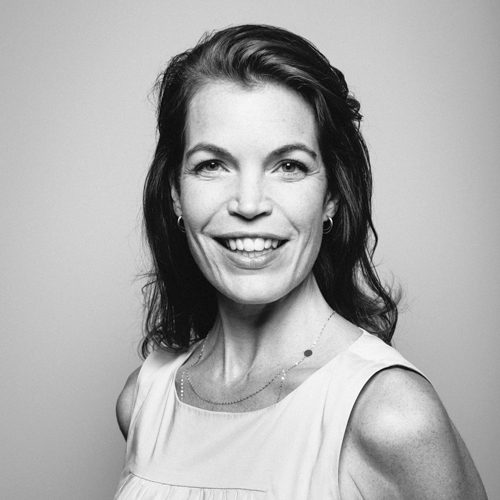 Allie Kelly is Executive Director of The Ray. In that role, she leads the nonprofit organization that has built the nation’s only publicly accessible, living laboratory for transportation innovation.

Allie was recruited to lead as its first Executive Director in 2015. In three years, she has helped the organization to implement and build almost a dozen ground-breaking, world-leading technology demonstrations, including the first solar road in the United States and the world’s first public demonstration of a drive-through tire safety station. She is also a frequent public speaker and delivered keynote remarks about The Ray from the main stage at transportation, environmental, and technology industry conferences around the world including the U.S Transportation Research Board, AASHTO, VERGE, the Federal Reserve Bank of Atlanta, AREDAY and, in 2019, TedX Atlanta, WTS and MOVE. She was the recipient of the 2018 Atlanta Technology Professionals (ATP) Impact Award and was listed as one of the 100 Women to Know by Engineering Georgia in 2018 and 2019.

A Georgia native, Allie earned a B.A. in political science from the University of Georgia. She has over 15 years of experience working in public policy, first as a lobbyist for UPS in Washington, D.C., then returning to Atlanta and founding Georgia Watch, the state’s only consumer watchdog organization.

Allie lives in Serenbe, near The Ray, with her husband Giff and twin sons Wyatt and Gifford. 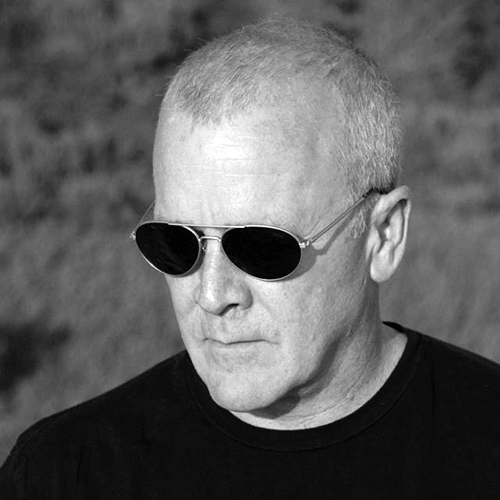 John Picard is Vice President of The Ray and an Advisory Board Member for the Ray C. Anderson Foundation.

John understood the “internet of things” long before connectivity became the driver that it is today. Celebrated for his keen understanding of the innovative principles of natural systems designs, John connects visionary thinking with emerging technologies to drive successful projects for corporations, commercial buildings, college campuses, and even entire towns.

One of John’s most personal and profound experiences was with Interface, Inc., the company founded by Ray Anderson, who was inspired in 1994 by John’s sea-changing question, “what is Interface doing for the environment?” John was an integral part of the team that helped the petroleum-dependent company imagine a future without oil and chart a course towards it, and he was recruited to join the Ray C. Anderson Foundation in 2011. 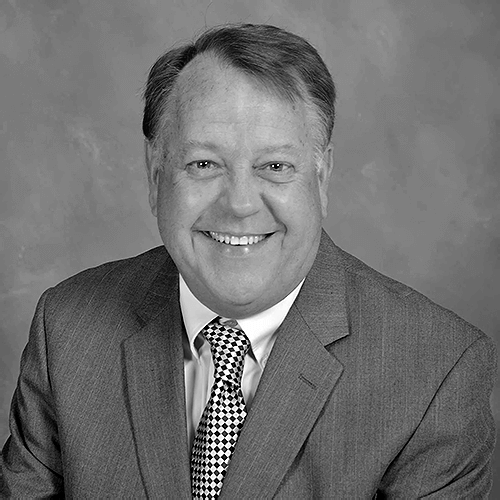 Phil Langford is a trustee of The Ray and the Ray C. Anderson Foundation.

Langford has a long history of community involvement in LaGrange, Georgia. He is a past member of the LaGrange Academy Board of Directors, where he served as Vice President, and as a member of the Development Committee.

Phil has served on Stran Steel’s President’s Council and he is a founder and past president of the West Georgia Boys and Girls Club, and he is a recipient of the Boys and Girls Club Medallion Award.  He has served on the LaGrange-Troup County Board of Directors, and he was also a member participant in Leadership Troup.  He has also served on the Highland Country Club Board of Directors and he was a volunteer softball coach for 18 years while his daughters were growing up in LaGrange.

Phil is interested in all things related to sustainability and enjoys conducting research for Foundation projects, with special emphasis on The Ray.  He is a member of the local Sierra Club chapter and he is a supporter of Georgia Interfaith Power & Light and Friends of the Earth.  His is also especially interested in the work of Greenpeace and The Story of Stuff with special emphasis on the impact that today’s decisions have on the future for “Tomorrow’s Child.”

A native of LaGrange, Georgia, Phil attended Auburn University. He resides in LaGrange, Georgia with his wife, Harriet who is President of The Ray and Trustee for the Ray C. Anderson Foundation. They have two daughters, Melissa Heflin and McCall Langford, and three grandchildren, Bailey, Brooks and Banks Heflin.   When Phil is not working on Foundation projects, he enjoys playing with the grandchildren, reading, golf and fishing. Alan Anderson is Treasurer of The Ray and an Advisory Board Member for the Ray C. Anderson Foundation.

Alan is a retired designer, innovator and past Director of Boeing Company’s Commercial Airplanes’ Concept Center, an organization that oversees the design of passenger cabins for all models of Boeing Airplanes. During his 43 years designing aircraft interiors at Boeing, Alan created the Payloads Studio as part of the Concept Center, a place where innovation and concept development are nourished.

Alan first met Ray Anderson when Ray visited The Concept Center at Boeing to talk about the idea of using modular carpet on airplanes. The two struck up a fast friendship that lasted nearly a decade, and Alan was recruited to join the Ray C. Anderson Foundation in 2011. Prior to joining The Ray, Laura was an Environmental Program Manager at the Maryland Department of Transportation (MDOT) for six years. She led the environmental stewardship, sustainability, and energy policies and programs across all MDOT transportation business units including highways, tolls, ports, airports, transit, and motor vehicles. In addition, she oversaw and coordinated environmental management activities in transportation planning, design, construction, operations and maintenance.

Before joining MDOT, Laura worked in the federal and private sectors on environmental management and sustainability issues. She spent two years at the Department of the Army at Arlington National Cemetery where she developed their environmental programs, four years with a private environmental consulting firm working on multi-media environmental compliance and management programs around the U.S. and Europe, and two years as an Air Quality Enforcement Officer with Maricopa County in Arizona.

She received her B.S. in Justice Studies from Arizona State University. Alex Payson currently serves as the Transportation and Energy Manager for The Ray. Prior to joining the team, she worked for over five years in various roles for the Smart Mobility Office within the City of Austin’s Transportation Department. During this time, Alex acted as the lead for policy and research development, focusing on the impact of national, state and local regulations on the implementation of emerging mobility technology. She also worked closely with various public and private sector entities to integrate innovative technology into Austin’s urban transportation network.

As a project manager for the Smart Mobility Office’s Pilot Program, Alex led the planning and deployment of various curb space pilots, exploring the intersection of technology and asset management. Sarah “Grizz” Grizzle is a specialist in environmental communication and media production. Her research focuses on the protection of the environment using mass communication as a platform for sustainable and positive change for both humanity and the planet.

Before joining the Ray, Sarah was a wilderness guide, fly fishing instructor, and television producer. After decades of working in the woods, she decided that the stories she was producing did not equal the stories she was seeing. These first-hand experiences with the realities of climate change are what convinced her to join the public sector.

Sarah is currently finishing her Ph.D. at the University of Georgia and working on a documentary series in conjunction with her dissertation. Sarah holds an M.Ed. in Outdoor Recreation from Georgia College & State University and a B.A. in Political Science from Berry College. Jessie Hong-Dwyer, Ph.D. currently serves as the GIS Manager for The Ray. Before joining the team, she was a professor of geography, teaching introduction to advanced-level GIS courses and conducting numerous GIS research projects for more than ten years at the University of West Georgia.

She collaborated with the Georgia Department of Education, Cobb County School District, and the National Geographic Society as a GIS professional. She is a published author of 35+ scientific articles and a presenter of 25+ papers at regional, national, and international professional conferences. Kanan is currently serving as GIS specialist for The Ray. Her work focuses on delivering geo-spatial analysis, planning, and recommendations to state transportation agencies that relate to the utilization of transportation right-of-way for solar panel installation.

She is a recent graduate from the University of North Texas, where she studied Geography with a specialization in Geographic Information Systems. Kanan especially enjoys working on GIS analysis, data visualization and story maps. She holds another master’s degree in Environmental Science from India. Prior to pursuing her master’s in geography, Kanan worked in the field of disaster management, where she developed her passion for GIS. Sarah currently serves as Digital Communication Specialist for The Ray. Her work focuses on sharing the mission and groundbreaking work of The Ray with the world. Before beginning her current position, Sarah worked as an intern, fellow and contractor for the organization.

Sarah is a graduate of The Ohio State University with a Bachelor of Arts in Strategic Communications and minor in Design Foundations. Her studies primarily revolved around social media marketing, public relations and graphic design. She still resides in Columbus, OH where she works remotely for The Ray.

In her free time, Sarah loves to paint, watch a lot of reality TV, and go on long walks with her dog, MooMoo. 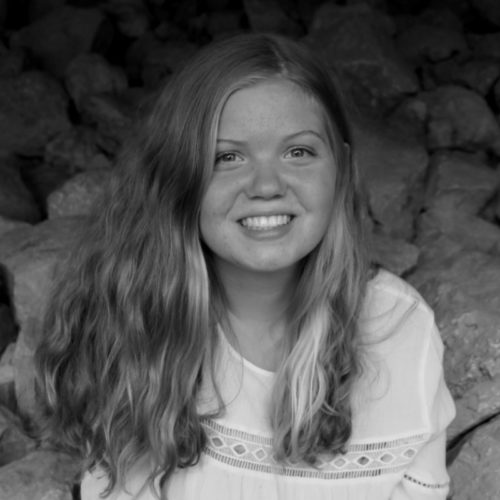 Addy Smith currently serves as the Research Analyst for the Texas and Midwest Region of The Ray, which builds on her previous role as the Partnership Research Fellow. She is a graduate of UC Berkeley, where she studied Environmental Economics and Policy. Addy is passionate about using captivating storytelling that informs and connects in order to support the ongoing energy transition in transportation.

In her free time, Addy really enjoys singing with others and riding her bike—sometimes at the same time. You can reach her at addy@theray.org. Stewart Massey is from Valley, Alabama and is Studying Public Relations at Southern Union in Opelika. Stewart previously held the position of Community Ambassador as an Intern for 4 years in which he participated in local events around The Ray Highway to promote The Ray’s mission of Zero Carbon, Zero Waste and Zero Deaths, and build partnerships with local entities.

Stewart’s current role as The Ray’s STEAM Associate consists of partnering with local middle and high schools to bring students to The Ray Highway. This program aims to promote STEAM (Science, Technology, Engineering, Arts and Mathematics) education by building onto a movement towards STEAM careers in order to create a strong workforce that is ready for the future of sustainable transportation and energy in West Georgia.